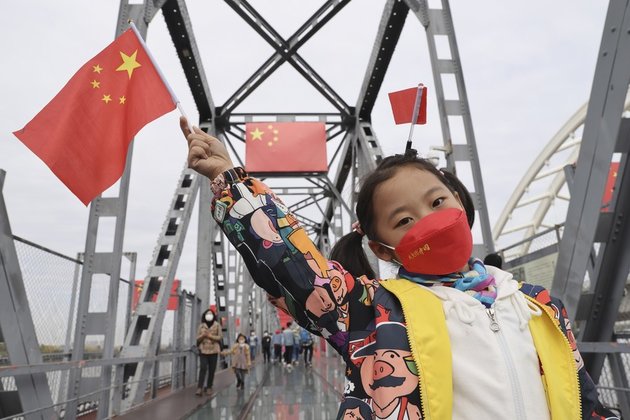 "Both climate change and COVID-19 have shown us that we, as a species, as humanity, we can survive only through multilateralism," said President of the 76th session of the United Nations General Assembly Abdulla Shahid. "That is why China, as a permanent member of the United Nations Security Council, as a responsible member of the international community, has a very important role to play."

UNITED NATIONS, Oct. 24 (Xinhua) -- President of the 76th session of the United Nations General Assembly (UNGA) Abdulla Shahid has congratulated the People's Republic of China on its contributions to the world since its lawful seat at the UN was restored half a century ago.

"China has played a very, very important role in multilateralism and strengthening the United Nations," Shahid told Xinhua in a recent exclusive interview in his office at UN headquarters in New York City.

Multilateralism is the only way forward, said Shahid, noting that "unilateralism has no place in the world."

"That is why China, as a permanent member of the United Nations Security Council, as a responsible member of the international community, has a very important role to play," Shahid said.

Shahid said he was very impressed by Chinese President Xi Jinping's remarks at the general debate of the 76th session of the UNGA.

Noting that Xi reiterated China's aim to peak carbon dioxide emissions before 2030 and achieve carbon neutrality before 2060, Shahid said "we are talking about one of the largest economies of the world ... the fact that President Xi came out with this commitment is encouraging."

Xi also pledged that China will step up support for other developing countries to develop green and low-carbon energy, and will not build new coal-fired power projects abroad, which was "an outstanding commitment," Shahid said.

"On COVID-19, China has been very generous," he said, noting that Xi pledged China will strive to provide a total of 2 billion doses of vaccines to the world by the end of this year.

"These are very important pledges. And I'm very grateful that China is stepping up to the plate," Shahid said.

The COVID-19 pandemic and climate change have clearly shown to us the correctness of the concept proposed by Xi of building a community with a shared future for mankind, Shahid said.

"Initially, we thought that the low-lying islands would be gone, the first to go. And then people will move to higher ground. But that's so far happening. Yes, low-lying island countries like the Maldives are suffering. But so are the countries at higher altitudes," he noted.

"So, we can survive only through unity, only by working together. And this is the way forward," he added.