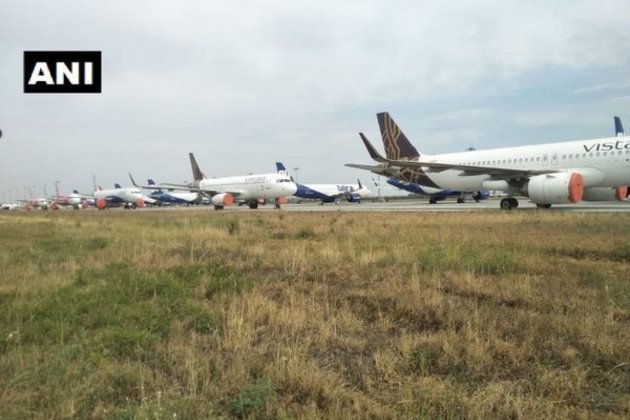 By Shalini BhardwajNew Delhi [India], October 20 (ANI): The Government of India has reviewed the existing guidelines for international arrivals as the global trajectory of the COVID-19 pandemic continues to decline with increasing vaccination coverage across the globe resulting in the changing nature of the pandemic.

An order issued by the Ministry of Health and Family Welfare, read, "The global trajectory of COVID-19 pandemic continues to decline with certain regional variations. The need to monitor the continuously changing nature of the virus and the evolution of SARS-CoV-2 variants of concern (VOCs) must still remain in focus."It further read, "The existing guidelines (issued on 17th February 2021 with subsequent addendums) for international arrivals in India have been formulated taking a risk-based approach. In view of increasing vaccination coverage across the globe and the changing nature of the pandemic, the existing guidelines for international arrivals in India have been reviewed."The order stated that the revised protocols need to be adhered to by international travellers as well as by airlines at points of entry (airports, seaports and land borders) for risk profiling of passengers.

As per the order, all travellers should submit a self-declaration form on the online Air Suvidha portal before the scheduled travel, upload a negative COVID-19 RT-PCR report (this test should have been conducted within 72 hrs prior to undertaking the journey) and each passenger shall also submit a declaration with respect to the authenticity of the report and will be liable for criminal prosecution if found otherwise.

The order also instructed the travellers to give an undertaking on the portal or otherwise to the Ministry of Civil Aviation, Government of India, through concerned airlines, before they are allowed to undertake the journey that they would abide by the decision of the appropriate government authority toundergo home quarantine/ self-health monitoring, as warranted.

The order informed that continuing with the earlier approach, travellers from certain specified Countries (based on the epidemiological situation of COVID-19 in those Countries) are identified for additional follow up.

These include the need for additional measures. The listing of such specified Countries is a dynamic exercise based on the evolving situation of COVID-19 across the world and will be made available on the websites of the Ministry of HealthFamily Welfare, and the link of the same will be available at the website of the Ministry of External Affairs and Air Suvidha Portal.

There are countries that have an agreement with India on mutual recognition of vaccination certificates of Nationally recognised or WHO recognised vaccines.

Similarly, there are countries that presently do not have such an agreement with India, but they exempt Indian citizens fully vaccinated with Nationally recognised or WHO recognised vaccines.

On the basis of reciprocity, the travellers from all such countries which provide quarantine-free entry to Indians are allowed certain relaxations on arrival (Category A Countries).

The order stated that before boarding, the do's and don'ts shall be provided along with tickets to the travellers by the airlines/agencies concerned.

It further directed airlines to allow boarding by only those passengers who have filled in the self-declaration form on the 'Air Suvidha' portal and uploaded the negative RT-PCR test report.

It stated that at the time of boarding the flight, only asymptomatic travellers will be allowed to board after the thermal screening.

Furthermore, the order advised all passengers to download the Aarogya Setu app on their mobile devices.

The order stated that in-flight announcements about COVID-19 including precautionary measures to be followed shall be made at airports and in flights and during transit.

The order further directed the in-flight crew to ensure that COVID appropriate behaviour is followed at all times.

If any passenger reports symptoms of COVID-19 during flight, he/she shall be isolated as per protocol, the order read.

The order stated that deboarding should be done ensuring physical distancing and thermal screening would be carried out in respect of all the passengers by the health officials present at the airport. The self-declaration form filled online shall be shown to the airport health staff.

The passengers found to be symptomatic during screening shall be immediately isolated and taken to a medical facility as per health protocol. If tested positive, their contacts shall be identified and managed as per laid down protocol, said the order.

It stated that if a traveller is coming from a country with which India has reciprocal arrangements for mutual acceptance of WHO approved COVID-19 vaccines (Category A), then, if they are fully vaccinated, they shall be allowed to leave the airport and shall self-monitor their health for 14 days' post-arrival.

If partially/not vaccinated, the travellers need to undertake various measures which include submission of sample for post-arrival COVID-19 test at the point of arrival after which they will be allowed to leave the airport, home quarantine for 7 days, re-test on the 8th day of arrival in India and if negative, further self-monitoring their health for next 7 days, informed the order.

It stated that if a traveller is coming from a country excluding those covered under Category A, they would be required to undergo the measures as mentioned above, irrespective of their COVID-19 vaccination status.

Travellers from countries excluding those Countries at risk will be allowed to leave the airport and shall self-monitor their health for 14 days' post-arrival, said the order.

This is applicable to travellers from all countries including countries with which reciprocal arrangements for mutual acceptance of WHO approved COVID-19 vaccines also exist, it added.

Travellers under home quarantine or self-health monitoring, if develop signs and symptoms suggestive of COVID-19 or test positive for COVID-19 on re-testing, will immediately self-isolate and report to their nearest health facility or call National helpline number (1075)/ State Helpline Number, instructed the order.

Listing directions for international travellers arriving at seaports/land ports, the order stated that such travellers will also have to undergo the same protocol as above, except that facility for online registration is not available for such passengers currently.

It also instructed such travellers to submit the self-declaration form to the concerned authorities of the Government of India at seaports/land ports on arrival.

15 days must have elapsed since completion of the COVID-19 vaccination schedule, said the order.

The order also mentioned that contacts of the suspect case are the co-passengers seated in the same row, 3 rows in front and 3 rows behind along with identified Cabin Crew.

Also, all the community contacts of those travellers who have tested positive (during the home quarantine period) would be subjected to quarantine for 14days and tested as per ICMR protocol.

The countries from where travellers would need to follow additional measures on arrival in India, including post-arrival testing (countries at-risk) arecountries in Europe including the United Kingdom, South Africa, Brazil, Bangladesh, Botswana, China, Mauritius, New Zealand and Zimbabwe. (ANI)