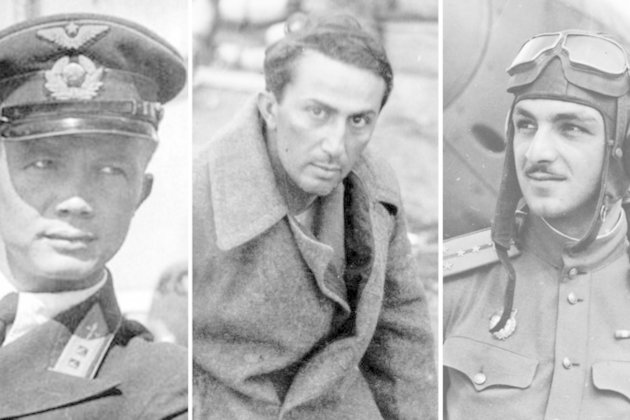 During the war against Nazi Germany, the sons of senior members of the Soviet leadership did not enjoy any privileges and were sent to fight in the bloodiest of battles alongside regular servicemen. 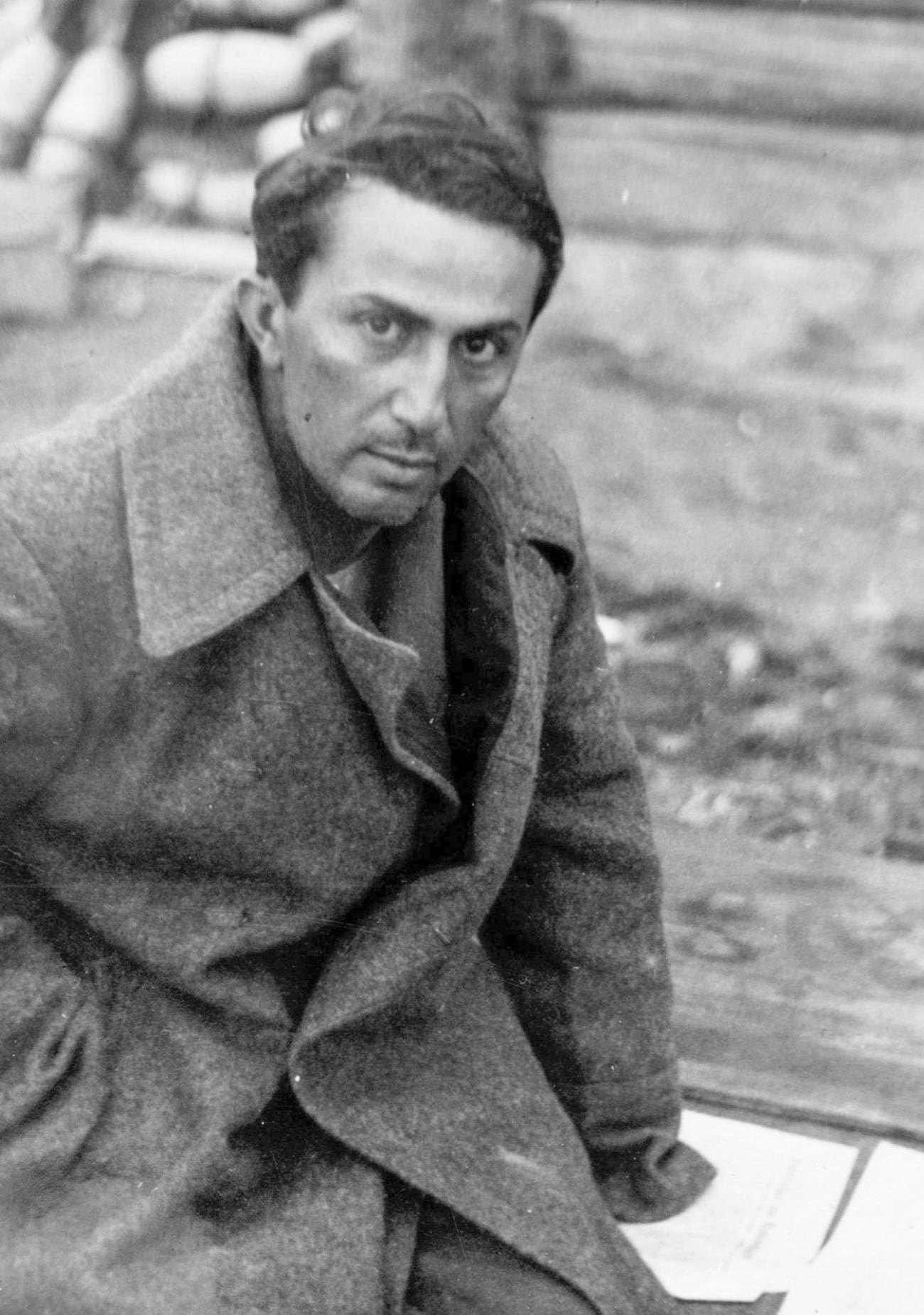 At the outbreak of the Great Patriotic War against the Nazis on June 22, 1941, Joseph Stalin's eldest son, Yakov, who bore the Soviet leader's real surname Dzhugashvili, was the commander of an artillery battery in the 14th Howitzer Regiment of the 20th Army.

However, his participation in the war did not last long. Already on July 16, 1941, during fighting in Belarus, he was taken prisoner.

The Germans quickly figured out whom they had captured and tried every way possible to persuade him to cooperate. Yakov rejected all their approaches, saying: "I feel shame towards my father that I was not killed." 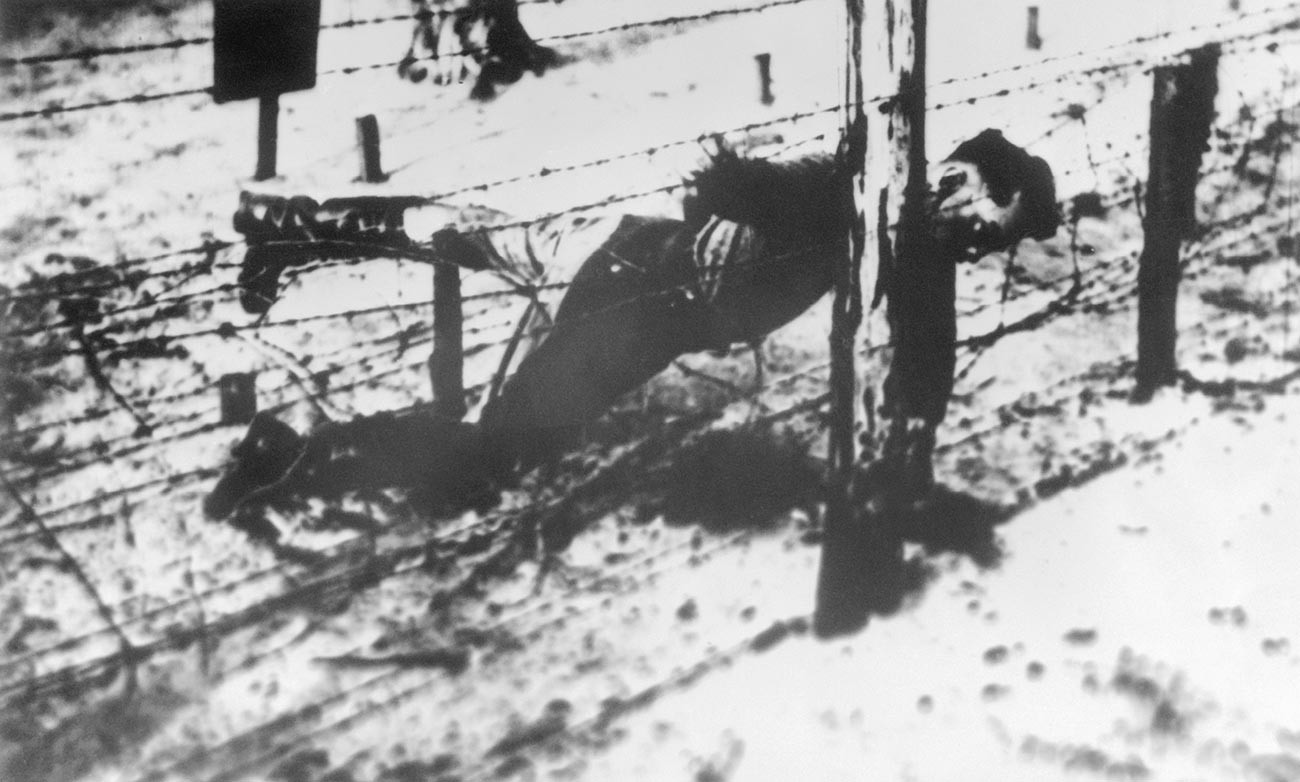 Yakov's body rests against barbed wire after he was slain.

Several rescue missions were launched to rescue Senior Lieutenant Dzhugashvili, but they all ended in failure. The German proposal that Stalin had received via the Red Cross to exchange Yakov for generals captured at Stalingrad was categorically rejected by the Soviet leader. "The Germans proposed swapping Yasha for one of their own... As if I would bargain with them! No, war is war," Stalin's daughter Svetlana Alliluyeva recalled her father saying.

Having failed to use their unusual prisoner for propaganda purposes, the Germans changed their treatment of him from benevolent to extremely cruel. On April 14, 1943, Yakov Dzhugashvili threw himself on the electrified barbed wire of the Sachsenhausen concentration camp and was immediately shot by a guard. Whether he wanted to commit suicide, escape, or whether the whole incident was orchestrated by the Germans remains unknown. 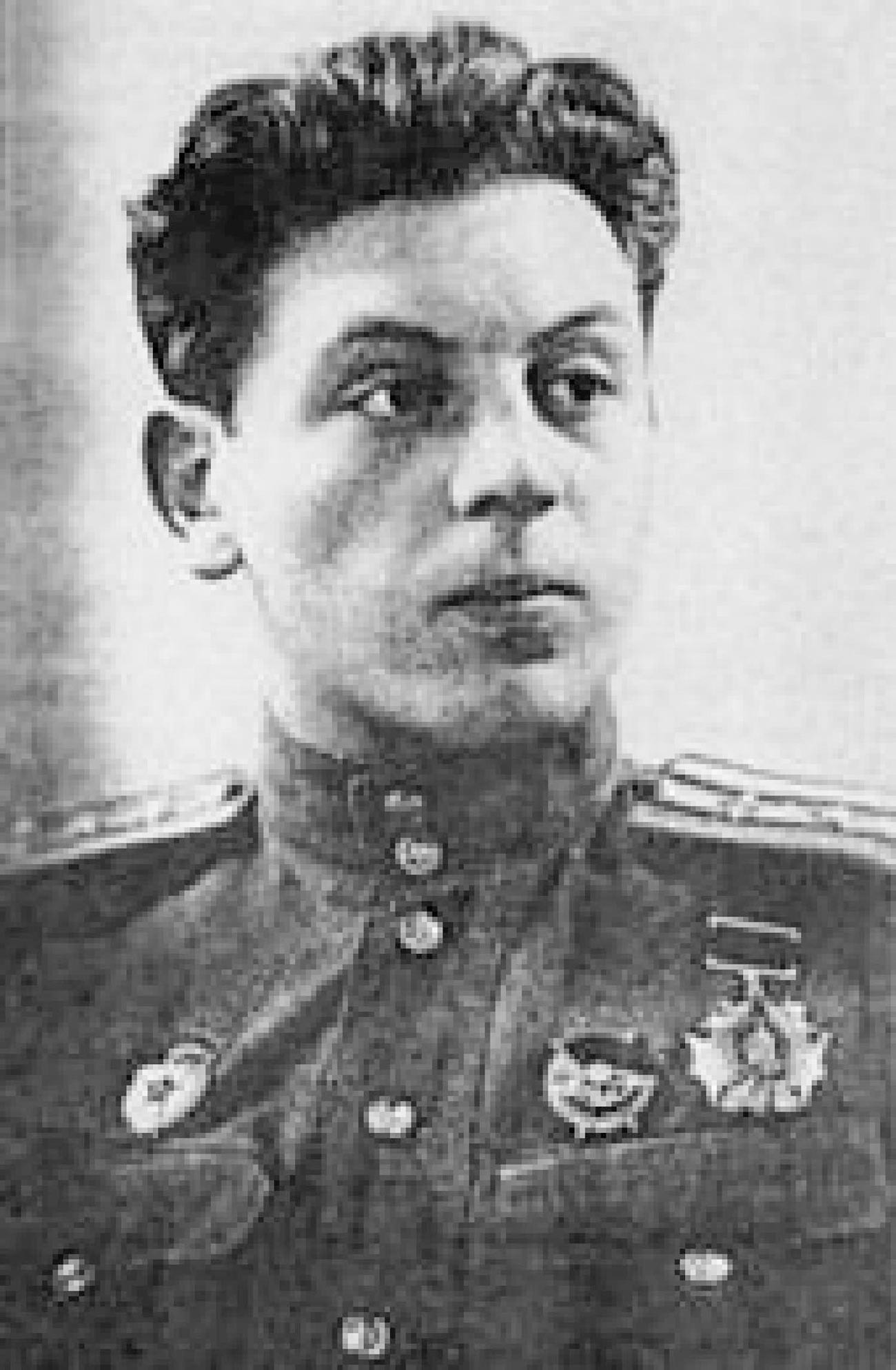 At the start of the war, Stalin's youngest son Vasily, who had graduated from a pilot school in 1940, served at the Air Force headquarters in Moscow. He was unhappy staying in the rear and did not want people to think that he had landed a cushy position thanks to his father.

In the summer of 1942, Vasily Stalin finally managed to secure a commission to the front and, in February of the following year, he was appointed commander of the 32nd Guards Fighter Aviation Regiment. He took an active part in air battles, having carried out 26 sorties and personally shot down two enemy aircraft.

"In February-March 1943, we shot down a dozen enemy aircraft, including three with Vasily's participation," recalled Sergei Dolgushin, a squadron commander in his regiment. "It should be said that, as a rule, the first to attack them was Vasily, after which the planes lost control and we then finished them off. Under our flying conventions, those planes could be considered shot down by Vasily, but he preferred to consider them as shot down in a team effort. I once raised it with him, but he just waved his hand and said: 'Don't'."

The Soviet leader's son always flew on missions without a parachute. He had decided for himself that he had no right to fall into the enemy's hands alive.

Colonel Stalin met the end of the war as commander of the 286th Fighter Aviation Division, which took part in the Berlin Operation. Vasily Iosifovich was awarded more than a dozen military decorations, including three Orders of the Red Banner - one of the highest awards in the Soviet Union. 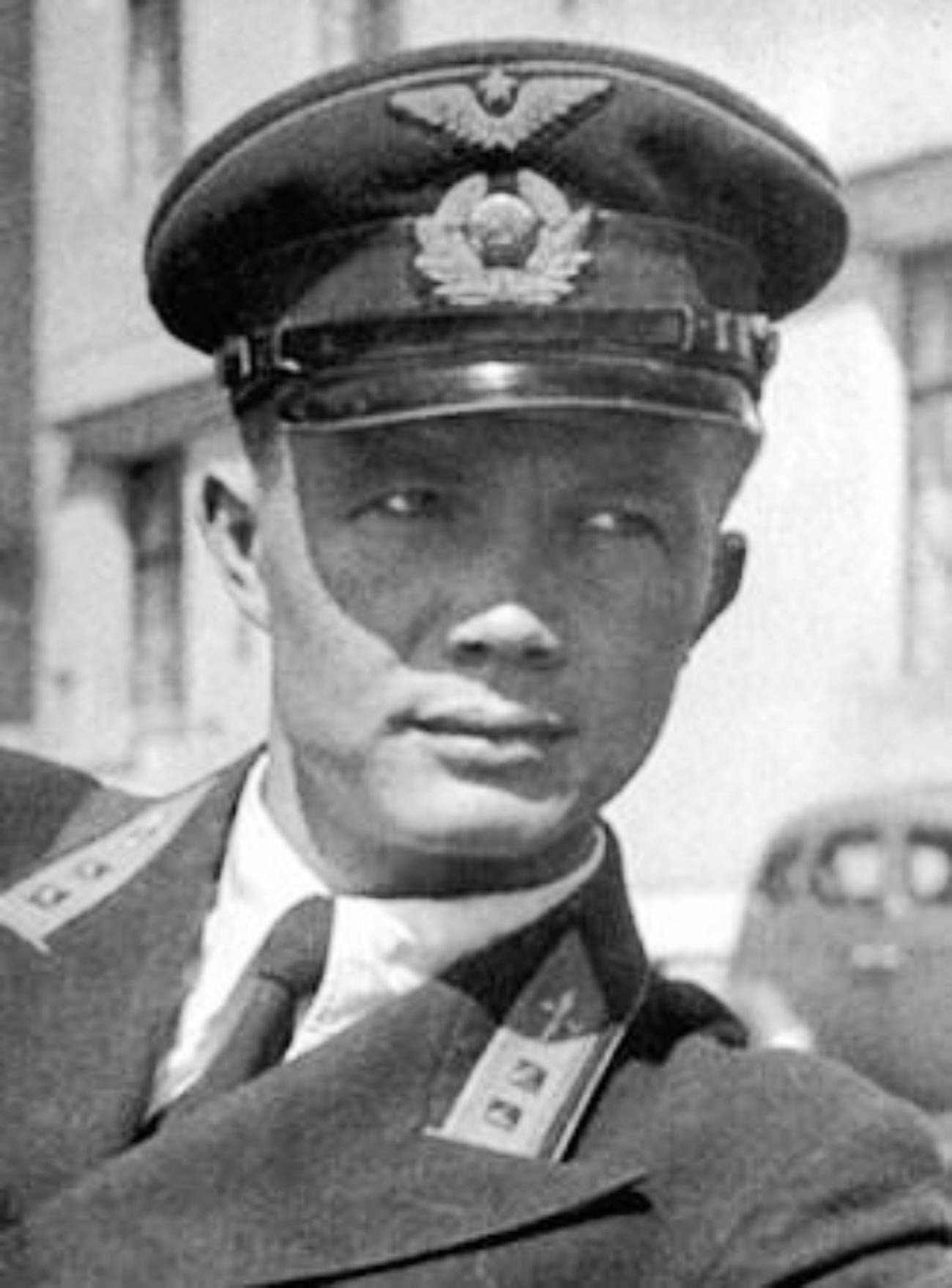 Leonid Khrushchev, son of the future leader of the USSR, Nikita Khrushchev, became an experienced pilot long before World War II - he first began flying in 1933. During the Soviet-Finnish (Winter) War, he signed up as a volunteer to go to the front and performed over 30 sorties in an Ar-2 dive bomber.

At the outbreak of the war with Nazi Germany, Khrushchev was serving in the 134th High-Speed Bomber Aviation Regiment. He often made three or four sorties a day, sometimes even without fighter cover.

On July 26, 1941, returning from a mission, his plane was attacked by a group of German fighters. Leonid Nikitich managed to reach his home airfield and land his aircraft, which was riddled with enemy bullets, but he badly injured his leg during landing. "The plane 'nosed over', that is overturned. The radio operator managed to climb out through his bubble window, the navigator Blinov was killed in the air and Leonid spent about an hour hanging upside down in the compressed cockpit. With the help of mechanics, he was pulled out of the cockpit and sent to hospital with a bad fracture to his leg," his fellow serviceman Viktor Fomin recalled.

In the winter of 1942, Khrushchev returned to the front and was awarded an Order of the Red Banner for courage in battle. However, he no longer wanted to fly a bomber and, having retrained, switched to fighter planes.

Senior Lieutenant Leonid Khrushchev's last battle took place on March 11, 1943 near the town of Zhizdra, 300 km from Moscow. His body was never found and for a long time he was listed as missing. 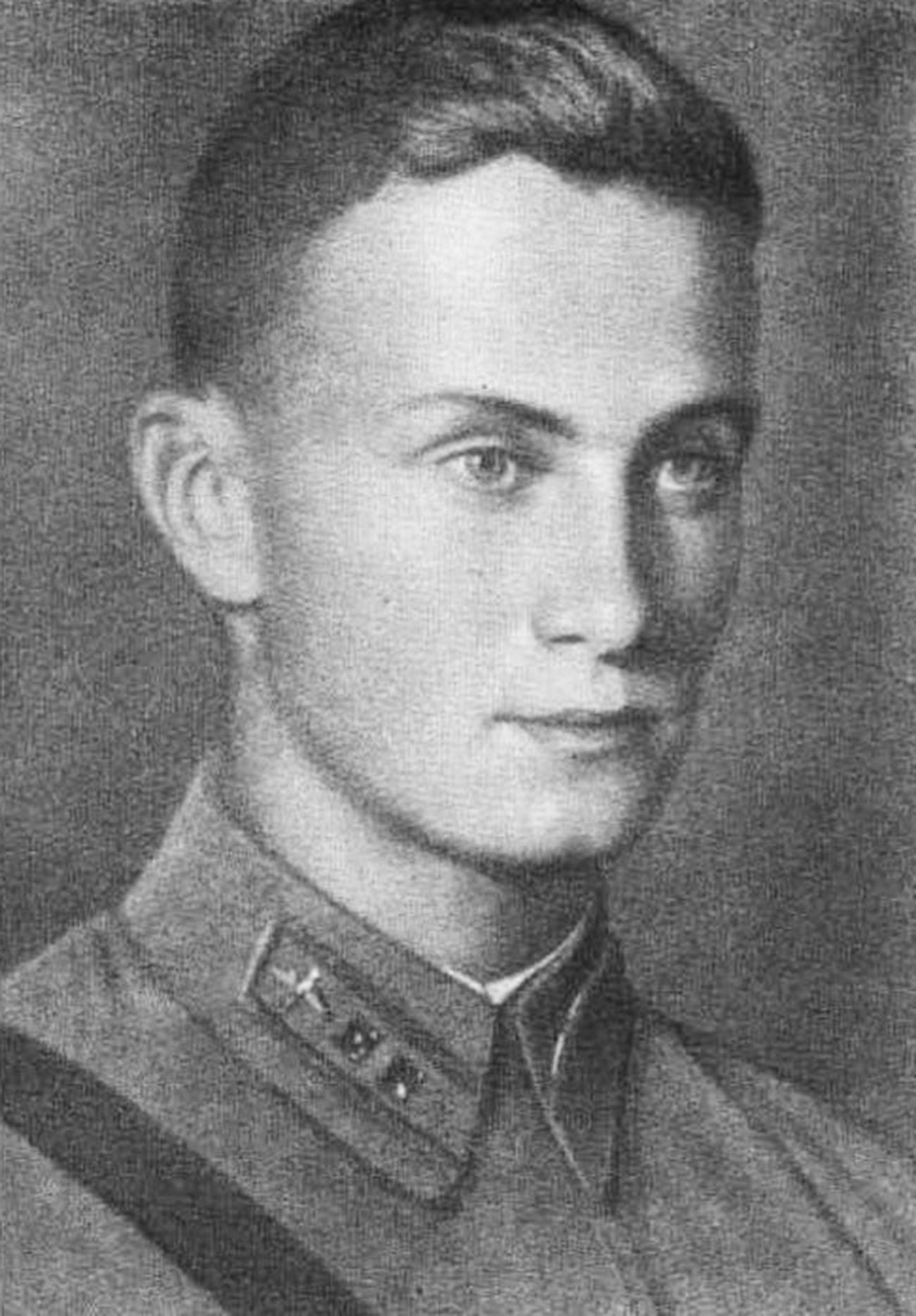 Timur Frunze had two fathers, both of whom were senior figures in the Soviet leadership. His birth father was Mikhail Frunze, a prominent revolutionary and People's Commissar (Minister) of Military Affairs. However, by the early 1930s, both of Timur's parents were dead and he was adopted by Frunze's successor as People's Commissar, Kliment Voroshilov.

Having decided on a military career, Timur Mikhailovich at first entered an artillery school. However, he was drawn to the sky and, in 1940, he graduated with honors from a military pilot school.

Frunze could have developed into a real ace - in less than two weeks at the North-Western Front as part of the 161st Fighter Aviation Regiment, he carried out nine sorties, shot down two enemy aircraft by himself and another one in a group.

However, fate did not give Timur Mikhailovich enough time to fully realize his potential. On January 19, 1942, not far from Staraya Russa, his plane engaged in battle against a group of German fighters and he was killed. 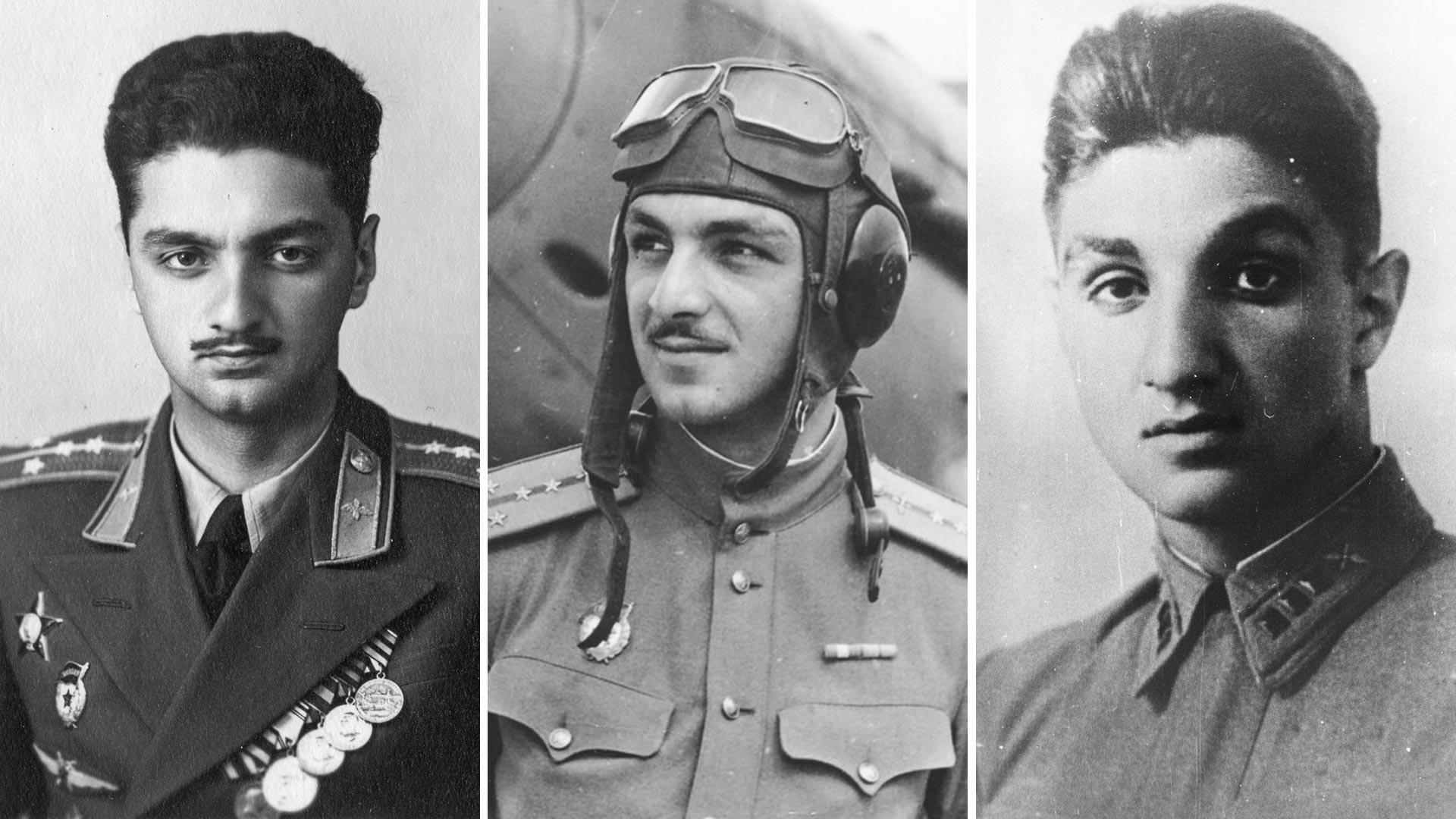 Anastas Mikoyan, deputy chairman of the Council of People's Commissars of the USSR (Soviet government), had three of his sons fighting in World War II. As was customary among the children of Soviet leaders, they, too, joined the Air Force.

The eldest son, Stepan, serving in the 11th Fighter Aviation Regiment, took part in the Battle of Moscow, having carried out 10 sorties. One of them nearly became fatal for Stepan Anastasovich. On January 16, 1942, his Yak-1 was shot down by another Soviet fighter by mistake. The pilot managed to land his burning aircraft "on its belly". Mikoyan, with burns and a broken leg, was saved by local villagers, who took him to a field hospital.

By the fall of 1942, Stepan Mikoyan recovered from his wounds and started flying again. He was yet to take part in the Battle of Stalingrad, where, as his references said, he "was always where it was necessary to prevent the enemy from reaching a facility or to help a comrade out of a difficult situation".

Stepan's younger brother, Vladimir, who graduated from a crash course at a pilot school in February 1942, took part in the same battles, too. The youngest pilot in his regiment, 18-year-old Vladimir Anastasovich was killed in his first serious combat sortie on September 18, 1942. After his brother's death, Stepan was temporarily suspended from flying combat missions.

According to one macabre anecdote, Stalin summoned his son Vasily, the commander of the 32nd Guards Aviation Regiment, in which Stepan Mikoyan served and said: "Timur Frunze is dead, Leonid Khrushchev is dead, Vladimir Mikoyan is dead. Can you keep at least this one safe?"

Still, before the war was over, Captain Stepan Mikoyan managed to carry out several dozen more combat missions. He also took part in escorting and guarding particularly important aircraft and trains.

The third Mikoyan brother - Alexei - also managed to stay alive. As part of the 12th Guards Fighter Aviation Regiment, he performed 19 sorties until, at the end of 1944, he suffered a spine and a face injury, due to a wheel malfunction during landing. After being discharged from hospital, he got back to flying and continued to do so right up to the end of the war.